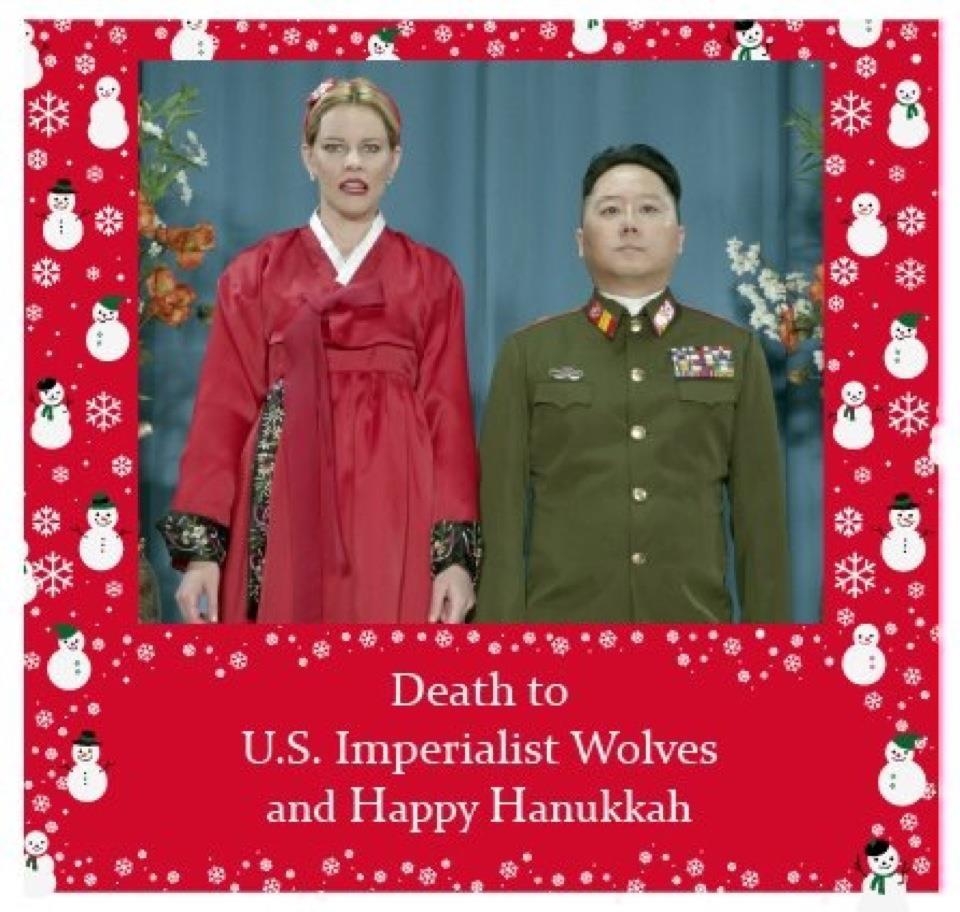 I have exhausted Netflix On Demand’s library of North Korea-related movies. In a span of one week, I’ve watched four documentaries and one mockumentary, each featuring footage and interviews from within the hermit kingdom before Kim Jong Il’s death in December 2011.

To complete a week of North Korea media blitz, 30 Rock premiered this week and carried news that Avery, wife of Alec Baldwin’s character Jack Donaghy, was kidnapped into North Korea and forcibly married to the Dear Leader’s portly and baby-faced successor Kim Jong Un. Never mind that the ultra-fascist regime would never condone interracial marriage in the highest level of government. (In fact, foreigners in North Korea are forcibly married to each other. See “Crossing the Line.”) Anything goes for black comedy in Tina Fey’s ultra-cynical world and for one hellishly twisted holiday greeting card. 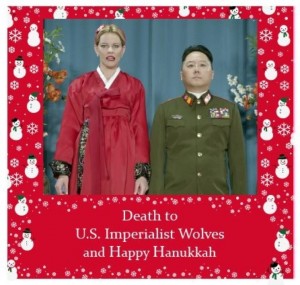 North Korea seen through the prism of West is so ultimately foreign and antithetical to our core beliefs that a cruel joke is often needed to digest it.

North Korea Week, as C aptly called it, started inadvertently when I saw that none of the yakuza-related films Jake Adelstein recommends on his blog were available online via Netflix, Hulu, or Apple TV. In lieu of Kitano’s “Outrage” or Takakura’s “The Yakuza,” Netflix’s algorithm suggested I watch other gritty films about Asia such as “Seoul Train,” a documentary by a first-time American filmmaker and former technology entrepreneur, Jim Butterworth.

The film features interviews with and footages of South Korean Christian missionaries trying and at times failing to rescue North Korean refugees in China. For a North Korean, attempting to escape from the grip of totalitarian regime is punishable by death. Yet thousands brave the risk and cross the Tumen River into China every year to escape starvation and political persecution.

China, one remaining ally to North Korea, arrests any North Korean refugees it finds on its turf as well as those aiding in the attempt to escape. Arrested North Koreans are sent back to face torture, forced labor and abortions, and summary executions. Those who aided are sent to Chinese prison labor camps, or gulags. China coolly shrugs off pressure from the international community to regard North Koreans in China as political refugees deserving of asylum and a safe route to defection to South Korea. 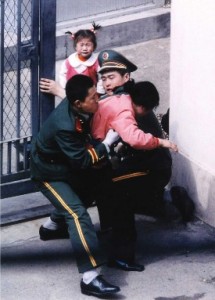 Say what you will about Christianity and all its faults (as there are aplenty). The missionaries in China risk their lives to help North Koreans, those who vote with their feet for the human rights they are told they never had. The missionaries’ utterly selfless, stupendously heroic acts speak volumes about the power of a belief in a higher being to propel people to do good.

And when one is crippled by mankind’s failure to do good onto others, prayer serves as a last resort.

Crossing the Line
Second in the Netflix queue was “Crossing the Line”, a documentary by British filmmaker Daniel Gordon who made two other North Korean documentaries, including “Game of Their Lives” and “A State of Mind.”

Incredibly, four American soldiers voluntarily crossed the DMZ and defected into North Korea in the 1960’s. Larry Abisher, Jerry Parrish, James Dresnok, and Charles Jenkins hated their American lives so much that they gambled for a life in a country that hates America. 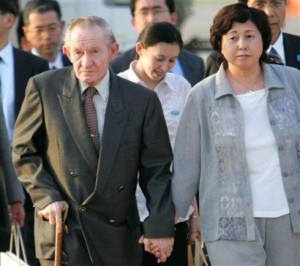 After expressing a desire to put his conscience at rest, Jenkins reported on September 11, 2004 to Camp Zama in Japan. He reported in respectful military form, saluting the receiving military police officer. On November 3, Jenkins pled guilty to charges of desertion and aiding the enemy, but denied making disloyal or seditious statements—the latter charges were dropped. He was sentenced to 30 days’ confinement and received a dishonorable discharge. He was released six days early, on November 27, 2004, for good behavior. Jenkins and his family settled on Sado Island in Japan, which is Soga’s home. On June 14, 2005, Jenkins, his wife, and two daughters traveled to the United States to visit his 91-year-old mother in North Carolina, returning later in the month. He found work as a greeter in a shop.
http://en.wikipedia.org/wiki/Charles_Robert_Jenkins

Of the four defectors, James Dresnok remains in Pyongyang, the North Korean capital reserved for the most steadfast loyalists and elites. He says he’s very happy there with his simple life. He speaks fluent Korean with a Pyongyang accent and chit chats amicably with fellow Pyongyang citizens. At one point in the film, when his government minder behind a screen door urges him to quickly wrap up the interview, he says, in the tone of a venerated Korean patriarch used to getting his way, that he’s just getting started.

After giving birth to two sons, Dresnok’s first wife, an Eastern European who refused to give details about her background to her husband, died rather mysteriously. Dresnok says she fell ill one winter and, exactly five months and one day later, she passed away.

I’m going to go out on a limb and postulate that she was kidnapped into North Korea, coerced into marrying Dresnok, and when she refused to collaborate in aiding North Korean spies, she was quietly snuffed out.

Dresnok is a tall, hefty man. His habitual smoking and drinking are slowly killing him, as he suffers from heart disease. His physique is, you can say, like that of the late Kim Jong Il and his successor: fat. The corrupt regime that starved millions of its people to death fattened a former American soldier who embraced North Korean life with his mind, body, and soul.

To Dresnok, his sacrifices seem small: abusive and negligent parents back home, unhappy life as a young soldier, a recalcitrant wife.

On doing things that scare you, and asking for it.