[protected]first quarter of 2013 was epic. Yeah, I hear ya, epic is kind of a big word to be throwing around so lightly. I just looked it up on the dictionary for a quick sanity check.

ep・ic |ˈepik|
noun
• a long film, book, or other work portraying heroic deeds and adventures or covering an extended period of time: a Hollywood biblical epic.

One day, when I’ve written a longish short story, and after a Hollywood writer has adapted it into a snazzy screenplay — a semi-autobiographical telling of the adventures and misadventures over the past three months of my life — I would like Angelina Jolie to play my part. Camera angles, makeup, and special effects can make up for our differences in height, skin, and bone structure. Does she not have brown eyes? I dunno. But there are contact lenses for that. Think Cloud Atlas, anything is possible.

In January I’ve traveled through Japan, Korea, China, and Vietnam. Over late February to March, I went to Germany, Turkey, Cape May, New Jersey and, last but not least, Gerritsen Beach, Brooklyn. Gerritsen Beach was just earlier today. I went mucking with New York Cares. 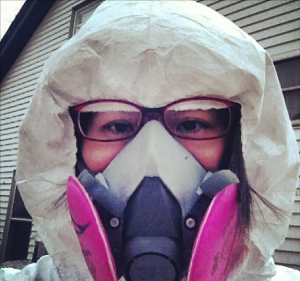 Normally I’m a homebody who doesn’t venture too far out the twenty block radius from our Manhattan apartment, so January through March was an atypically busy travel quarter. Charlie and I waded our way, getting our shoes completely soaked, through the first major Tokyo sleet-snow-ice storm of 2013. With Danielle, we stood on a precipice in South Korea from which we were surrounded by “Communist North Korea” on three sides, as our US Army tour guides put it. In squat plastic chairs and under the shade of big tree, we ate noodle soup served by the Lunch Lady in Saigon. 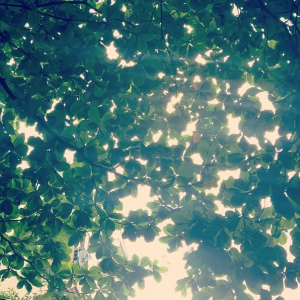 I went to Turkey for the first time and fell in love. Very much looking forward to returning to Antalya to spend more time with Melissa. I’m in love with her life, her deep and wide talents, and her favorite restaurants. Next time I’d like to swim in the Mediterranean Sea, not just dip my toes and squeal like I did last.

At midnight I boarded a German charter flight to Hanover from Antalya. There, with old and new friends who eat home cooked meals by candlelight and hold weekly literary salons and swing dance to Satchmo, I became mush. I spent a night in Munich. When I checked in, late night at a Munich airport hotel, a big orange cat called Garfield greeted me from his perch on the front desk. It was the night Hugo Chavez died. That night I noticed that shampoo commercials are nearly frame by frame identical in Germany as it is in America, China, Korea, and Japan.

The quarter has been busy in terms of races, too. In February, I ran a race in my underpants and wool cap with hundreds of under-dressed and highly attractive New Yorkers (some also quite buzzed on liquid courage). And last Sunday morning I completed a 10 miler on the Wildwood boardwalk. Today I kicked off 5×50 challenge, which is a commitment to move, run, cycle, or swim 5km (or 30 minutes of other exercise) for 50 consecutive days. I’ve decided that two and half hours of scraping mold off the walls of a gutted house, yes, that will count towards the goals.

That’s not all. I changed jobs. I wore suits to the office and tried selling to entrepreneurs, two things I thought I’d never do. No matter the outcome, it mattered to me that I challenged and surprised myself. Epic.