The crowd of 65,000 that went on forever, as far as I could see in each direction… Hyde Park.

The seven-time Grammy winner Taylor Swift, who wrote an open letter to Apple two weeks ago, expertly deploys these negotiation tactics in her letter.

About half the world has covered this story, and in particular, I love The New Yorker’s byline:

After asking Apple very, very nicely, Swift has found herself victorious in the only battle on planet Earth in which she might have been the underdog.

What Taylor’s example shows us is that being nice can be a source of strength, not weakness in a negotiation.

You don’t need multi-platinum albums or millions of Twitter followers to negotiate with deference, kindness and grit. You can be an underdog negotiating with a behemoth. You can be a girly girl who likes red lipstick, selfies and cat videos and still be fierce at negotiating.

Which is to say negotiating isn’t just for the business suits haggling with another business suit “at a long table beneath a dangling light bulb.”

And more importantly, you do NOT need to be an asshole to be a skilled negotiator. What a relief!

Let’s take a closer look at the Taylor script for negotiating like a superstar.

I write this to explain why I’ll be holding back my album, 1989, from the new streaming service, Apple Music.

1. She makes her position clear from the get-go and states her intention to explain it.

I feel this deserves an explanation because Apple has been and will continue to be one of my best partners in selling music and creating ways for me to connect with my fans. I respect the company and the truly ingenious minds that have created a legacy based on innovation and pushing the right boundaries.

2. She is firm on her decision, but she is also respectful and deferential to Apple without being confrontational or bitter. She is mindful of the ongoing relationship she will have to maintain with the $750 billion company.

I’m sure you are aware that Apple Music will be offering a free 3 month trial to anyone who signs up for the service. I’m not sure you know that Apple Music will not be paying writers, producers, or artists for those three months. I find it to be shocking, disappointing, and completely unlike this historically progressive and generous company.

3. Here she presents the problem and frames it as if Apple is a person, the genius partner who’d been “progressive and generous”, but suddenly went and did something completely out of character. This is smart, because it reinforces the perception of Apple as a hip and awesome company. This also makes the problem feel relatable and solvable. Apple can get back to being the hip and awesome company by changing its policy.

This is not about me. Thankfully I am on my fifth album and can support myself, my band, crew, and entire management team by playing live shows.

4. She spells out her alternative to the Apple Music deal, or her BATNA — playing live shows. She doesn’t need Apple Music.

This is about the new artist or band that has just released their first single and will not be paid for its success. This is about the young songwriter who just got his or her first cut and thought that the royalties from that would get them out of debt…

These are not the complaints of a spoiled, petulant child. These are the echoed sentiments of every artist, writer and producer in my social circles who are afraid to speak up publicly because we admire and respect Apple so much. We simply do not respect this particular call.

Three months is a long time to go unpaid, and it is unfair to ask anyone to work for nothing. I say this with love, reverence, and admiration for everything else Apple has done. I hope that soon I can join them in the progression towards a streaming model that seems fair to those who create this music. I think this could be the platform that gets it right.

But I say to Apple with all due respect, it’s not too late to change this policy and change the minds of those in the music industry who will be deeply and gravely affected by this. We don’t ask you for free iPhones. Please don’t ask us to provide you with our music for no compensation.

6. What I really like about the last paragraph is that she generates a new option for Apple “with love and admiration.” By suggesting that Apple change its policy, she builds what Harvard’s Program on Negotiation calls the “golden bridge” or a way for the other side to concede without losing face. 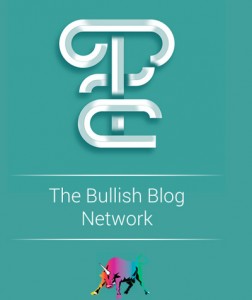